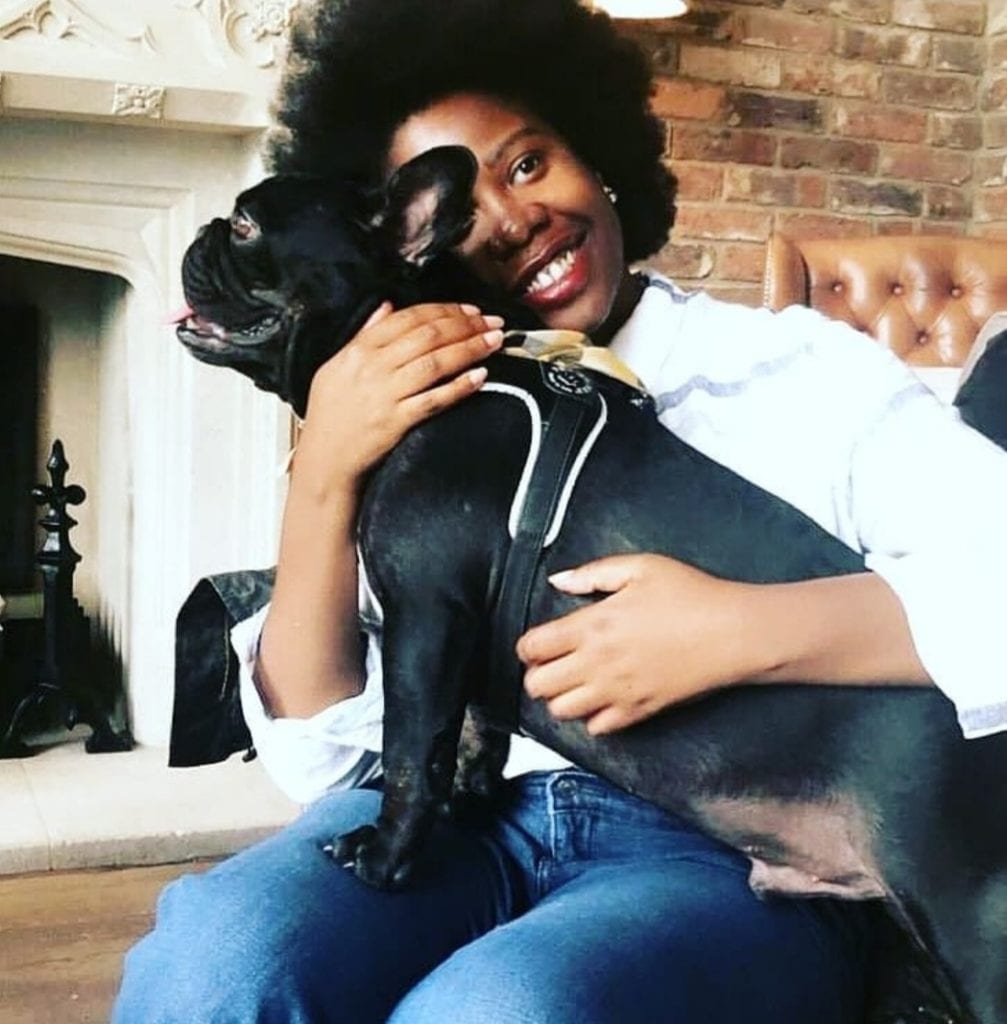 The Cuddle Club was founded in 2018 by Aneka Johnson and has gone from strength to strength, establishing itself as London’s leading dog therapy company, advocating mental health awareness through the power of pups.

In 2016, Aneka was signed off from work by her doctor and ended up taking two years out, she was suffering from anxiety, depression and anaemia, taking eight tablets a day to function. This was the time that she got her adorable dog Chubbs, a decision that completely transformed her life. Aneka believes Chubbs literally saved her life by giving her the energy, motivation and confidence to get better.

After a long struggle, Aneka reached the point where she was so sick of being sick, and was determined to turn things around.

Through her new-found love for Chubbs and experiencing the amazing health benefits from Chubbs first hand, she was inspired by him and wanted to turn her pain into purpose and advocate the healing effects that dogs have on humans, this led her to launch The Cuddle Club.

After doing lots of research , she realised dog therapy was scientifically proven and was an amazing way to support people with their mental health.

Since then The Cuddle Club has provided hundreds of people at work with an valuable emotional outlet, benefiting from the therapeutic benefits of dogs.

Some more of our community

Mental Health in the Workplace, Mental health in young people

X
We use cookies to ensure that we give you the best experience on our website. If you continue to use this site we will assume that you are happy with it.Ok, coolPrivacy Policy