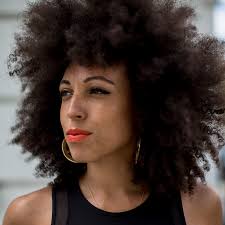 Life was pretty dope, she had a handful of bling in the form of medals from running half, full and ultra marathons, but she wanted more. She woke up one day and realised that she wasn't going to magically become the person ahe saw in her future. Of course she knew this, but this time it felt different. She was making the decision to put some dedicated time and energy into herself and into becoming this person. She wasn't on some new ‘me’ flex, she just wanted to be a better me.

So she stuck to the promise she made to herself... Fast forward to completing her yoga teacher training, she felt frustrated with the lack of diversity (in all senses of the word) in yoga settings, so she took her tight hamstring self and decided to do something about it and try to open up the yoga and wellness scene and created, #Yogahood. She now brings her big afro, big smile and good vibes to the mat, with a fiyah playlist to help you find freedom, space and unapologetic movement, in the hope of bringing yoga to the masses.

When she’s not on the mat, you'll find her rolling with Run Dem Crew, encouraging others to indulge in self care and be the best versions of themselves. With over 10 years of drama experience she still dabbles in the arts, you'll occasionally find her speaking publicly, or collaborating with brands too.   If you wanna flow with her, expect a fiyah playlist, but a class led with love and an invitation to be your authentic self and know you're a badass for just showing up!

Specialism: Yoga, Self Care & Self Love, Being Authentic

Some more of our community

X
We use cookies to ensure that we give you the best experience on our website. If you continue to use this site we will assume that you are happy with it.Ok, coolPrivacy Policy